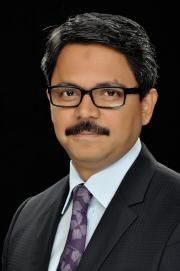 Chittagong, Mr. Md. Shahriar Alam, MP spent his early life in Lalmonirhat and Rajshahi. He received his Bachelor of Commerce Degree from City College, Chittagong and obtained an MBA (Master of Business Administration) from the Institute of Business Administration (IBA), University of Dhaka. Mr. Alam completed 1st CAPSTONE course at NDC. Mr. Alam started his career as a businessman in RMG Sector in 1995. A prominent entrepreneur having interest in different fields, his main focus is on textile business that employs 25 thousand workers. As a leading exporter, his company has been exporting to major destinations which include, among others, Japan, Australia and Russia. The yearly turnover is estimated to be US$ 140 million approximately. Mr. Alam’s outstanding entrepreneurial success has helped him win the National Export Trophy in Knitwear Category for 2007-2008. His business house trains disables with the assistance from CRP and employs the highest number of physically challenged individuals. This led to CSR Award from Global buyers. Mr. Alam is deeply involved in politics and became an active member of the Bangladesh Awami League since 1997. He has been enthusiastic to ensure effective representation of the new generation in politics and in the Parliament. He was elected a member of the National Parliament in 2008 with the highest margin of votes among the 6 constituencies of the Rajshahi Division of the country. As a Member of Parliament, Mr. Alam has made enormous contributions in various capacities. While acting as the Member of the Parliamentary Standing Committee on Ministry of Information, he played a key role in finalizing the draft of the Right to Information Act (RTI) and presented the RTI during various orientation programmes before the newly elected Members of the Parliament. Mr. Alam also served as a Member of the Parliamentary Standing Committee on the Ministry of Science & Technology. He acted as the Vice Chairman of All Party Parliamentary Group (APPG) on Climate Change, Education and Poverty Reduction 2 and Vice Chairman of All party Parliamentary Group on MDGs, PRSP, WTO and Bangladesh Development Forum. Mr. Alam was also a member of the Preview Committee on Sangsad Bangladesh TV. He was a regular and active member of the discussion panel in the parliament session on budget and poverty reduction plan. An avid promoter of education, he spent the remuneration received as the Member of Parliament to run monthly scholarship programmes for junior school students. Mr. Alam also served earlier as a member of the Awami League SubCommittee on Information, Research & Publicity and Publications and played a key role in organizing various orientation programmes all over the country. As a social worker, Mr. Alam established the first ever Cricket School in Rajshahi. His initiative helped create fresh jobs for the youth. He had also contributed in successfully running training programmes in the RMG sector. He also served as the Vice President of Bangladesh Hockey Federation and President of Bangladesh Tennis Federation.He has been deeply involved in sensitizing people about creating an ethicsbased work environment where everyone is held accountable. Mr. Alam has a personal dream to see a poverty-free Bangladesh. Having spent so many years in north Bengal, he established the North Bengal Development Forum to pursue different development agenda of the region. He was appointed to the Cabinet on 12 January 2014 and assumed charge as State Minister for Foreign Affairs on the same day. A widely-travelled person, Mr. Alam visited all parts of the world which include, among others, England, Canada, Russia, India, Thailand, Hong Kong, Singapore, Indonesia, Malaysia, Sri Lanka, China, Kenya, UAE, USA, France, Japan, Maldives, Italy, Switzerland, Spain, Saudi Arabia, Egypt, South Korea, South Africa and Denmark. Mr. Alam is an excellent orator and takes interest in participating in different programmes in the electronic media. He is quite passionate about reading, music and sports, especially cricket, football, hockey, golf and lawn tennis. Mr. Alam is married and blessed with two sons and one daughter